Skeuomorphism (pronounced skew-a-morf-ism) is a design concept of making things look like their real-world counterparts. The most iconic example for most people of

skeuomorphic design is the “trash” or “recycle” bin icon on their desktop computers. The recycle bin on your computer is  a folder that disposes of files you no longer want, but what you see resembles a trash can that could be under your kitchen sink. Designers use this strategy to help users learn and make connections between the physical world and a digital one. Skeuomorphic design has been used to teach us—especially those of us who grew up in a world not dominated by computers—how to interact with mice and keyboards, screens, and now voice commands and physical gestures. The idea is simple: Computers will be easier to use if they intuitively mimic things users already know how to use.

On September 18, 2013, iPhone users received a notification to update to Apple’s iOS 7 operating system. When your iPhone restarted, it looked very different: the iBooks app no longer simulated

a pine bookshelf, the Notes app no longer looked like a yellow legal pad, your clock app didn’t resemble an analog clock, and your voice recorder didn’t look like an old radio microphone. Apple (a long-time proponent of skeuomorphic design) had radically changed the way that users interacted with their devices. The faux wood, leather, and green-felt textures were gone, replaced by “flat design” menus and boxes. In contrast with the “rich design” of skeuomorphism, flat design is characterized by minimalist layers of colors, lines, and dynamic information that stacked on top of and behind each other. Google and Microsoft immediately followed with their own versions of flat design: for example, Microsoft replaced the Windows “Start” menu icons with colored blocks of adaptive information. By several design standards, these were welcome and forward-looking changes. However, many users who had relied on those on-screen cues to navigate the personal digital revolution felt lost: they didn’t know how to use their devices anymore! 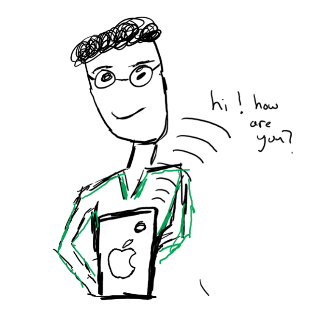 For people who used their devices to communicate (through augmentative communication apps) or navigate their communities (with wayfinding and executive functioning apps), this problem was more serious than being unable to  update a social-media account or play a favorite song. For many of these users, no longer recognizing their devices meant no longer being independent. For a few with very specific accommodations, this change was a life-or-death problem. What users lacked at the time, and to some extent lack today, was the ability to be flexible in using our technology.

Get ready for something big! We are in the 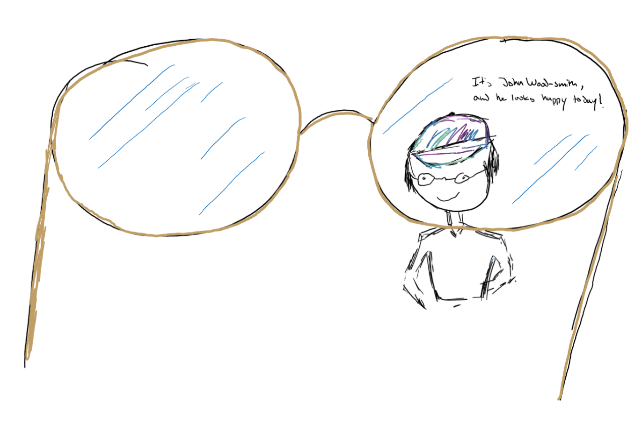 beginning stages of a shift in technological interfaces that is far more extensive than what began a decade ago in the move away from skeuomorphism. We are moving away from the screen itself. Voice interfaces such as Amazon Alexa, Google Assistant, Microsoft’s Cortana, and Apple’s Siri are already here, and all sorts of people are using them! While virtual reality systems seek to shut out the outside world and replace it with an immersive video or game, augmented reality systems are intended to present and add information to the real world. Products like Google Glass and an upcoming glasses product from Apple show the world around you, but have the potential to add relevant information like directions on complicated tasks and names over the faces of acquaintances. Researchers are even looking at ways to use these glasses to help people who struggle to read emotions on faces understand how someone else is feeling. Microsoft’s HoloLens is looking to eventually replace your computer entirely with a pair of glasses that will let you see and interact with virtual windows running, naturally, Windows OS anywhere you go. Google is starting to release products with its Project Soli technology, a new radar-based technology that will let you control computers and devices through blinking, snapping fingers, shaking your head or flicking your wrist.

New forms of interaction offer new ways for people to access technology.  While these are exciting times in the field of personal technology, it can be easy to feel lost or insecure about your knowledge or ability to explore accommodation options. When people start feeling overwhelmed with technology, they sometimes choose to cut it out of their lives as much as possible. If you dislike modern technology and can manage without it, great! That is your right and you may very well experience some benefits from it. Balance is key in determining the role of technology in our daily lives, and a healthy dose of skepticism towards technology companies is necessary considering their power and past behavior. 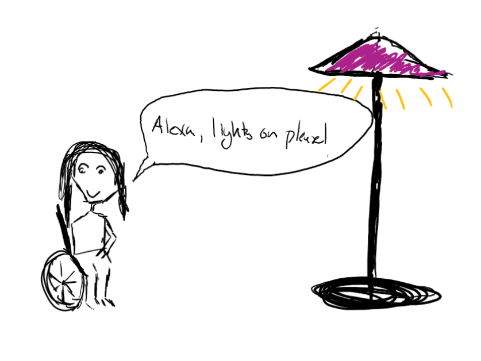 Despite any skepticism you may have about technology, there are many people who shouldn’t have to live without the benefits of modern technology, people who have historically been excluded from communities based on the design of those communities and a lack of accommodation. If that’s you, fight for your right to access technology that will help you live in your community and lets you participate in activities that promote social inclusion, self‐determination, and quality of life. If it’s your job to help others live in inclusive communities at any level (direct service, programmatic, or systems-level), it will be part of your job to understand their technological resources and how those  resources are evolving. It’s your responsibility to remain “tech-flexible.”

Just like any skill in the real world, being tech-flexible is a practice that you can always pick up and work on. Here are a few recommendations that I have for you to remain tech-flexible in the next decade of innovation:

Shaun is all about jobs! He’s a community developer and has worked to support people with disabilities since 2002. He continues to work in schools, people’s homes, and job sites, helping to build inclusive communities. Shaun is a Board-Certified Behavior Analyst and a certified Employment Specialist. He served in the U.S. Peace Corps in Eastern Europe, and obtained both his M.Ed. (Applied Behavior Analysis) and B.A. (Political Science/Human Rights) from the University of Washington.

Shaun uses applied behavior analysis, emerging technology, reflective processes, and mentorship to drive employment outcomes. In his current role, he’s available to work in local communities across Washington State and beyond! He has active projects from Alaska to the southwestern U.S. and eastern Canada. Shaun loves languages, and is fluent in Bulgarian with experience in French, Macedonian, Turkish, and Romani (he’s currently studying Spanish). When he isn’t working, he likes to garden, brew espresso, stare into his aquariums, and jog circles around his adopted hometown of Burien, Washington.